These images were donated to Acocks Green library by Mrs Doris Worrall. Most of them show a Passion Play performed in the church during the 1930s. If anyone can identify more individuals or give more details about the Passion Play, we would be pleased to hear from them. 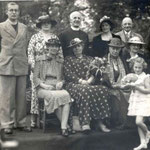 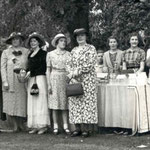 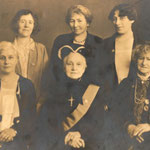 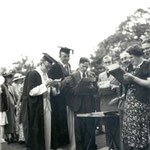 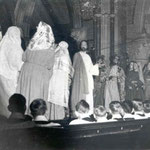 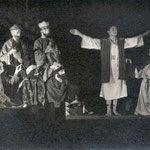 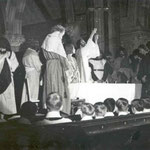 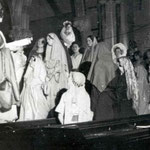 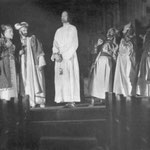 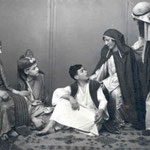 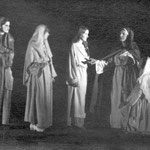 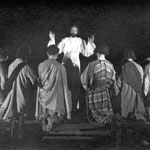 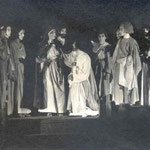 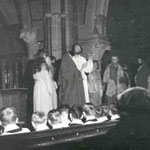 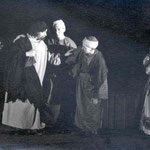 David Tandy has kindly sent us some information about his father Frank.

Frank was born in Warwick in 1908 and trained as a teacher at Culham College near Oxford in the late 1920s/early 1930s. He was a talented musician - he had played the organ in St Mary’s in Warwick - and loved the theatre and drama. I don’t know when he took up his job in Acock’s Green but I recall that Clough Spencer was a very close friend and was my father’s best man when he married in 1948.


I am not sure quite when my father developed a close interest in Germany and Austria but I know that he visited the Oberammergau Passion Play in the 1930s. In the 1930s he also became very close to a family named the Dolezals who lived in Vienna and had 4 boys and 2 daughters. Frank spent holidays with them. Frank befriended the youngest boy in the family - Franz - who came to England in 1938 and spent a holiday with Frank and Clough. They toured Stratford and Warwickshire as well as going to Llandudno to stay in a B&B.
I am certain it was Frank who produced the Acock’s Green Passion Play. The young man in the second and sixth photos on the website is Franz - I don’t know I’m afraid which part he took.


With the outbreak of war Frank and the Dolezal boys joined up. Frank served in the RNVR and was in the Malta convoys which were being attacked by the Luftwaffe. After the war Frank continued the friendship and discovered that one of the Dolezal brothers had been in the Luftwaffe attacking the convoys.
After the war Frank returned to teaching in Birmingham before becoming a Schools Inspector, first in Yorkshire and latterly in East Sussex. He married Phyllis Cutler, who was also a Birmingham teacher at Stewart Street Primary School, in 1948. Frank died in 1966.

The Earl of Egmont and Acocks Green

Creation of the District, 1867