The identity of Acocks Green

Many people who seek to define the essence of Acocks Green work from the two words of its name, which give the Acocks family and the village centre. This seems obvious, but on closer examination proves to be inaccurate historically.


The Green itself is not an ancient village centre, but a tram terminus of 1932. The present centre was only a meeting place of minor roads during the period before urbanisation, and it was not even called Acocks Green! The centre was called Westley Brook after the troublesome stream running under the centre. Acocks Green itself was a second hamlet out by the Dolphin (the third was Flint Green). The Acock family, although they once owned an estate away from today's centre, left the area in the 1700s, and have played no part in its subsequent development.


An examination of the development of Acocks Green shows that it is transport which has been the dominant influence in making this area what it is. That has several sides to it. The first is the eighteenth century turnpiking of the Warwick Road, with a tollgate at the Dolphin, by Acocks Green House. This brought traffic through the three hamlets, but only Acocks Green itself had any significance, as it was where the coaches stopped.


Next was the building of the Warwick and Birmingham canal, which cut through the area between the Coventry and Warwick Roads at the end of the eighteenth century. This brought canalside industries and wharves. Today the listed original bridge at the Vineries is a reminder of that phase. The other bridges have been replaced. The canal company's map shows the tollgate stop as Haycocks Green, and the present centre is not identified. Interestingly the remnants of the old open field system are named (Haycocks Green Field), where the canal cuts through them near today's Mansfield Road.


Perhaps these two transport events did not make as much impact as the next one: the coming of the Oxford and Birmingham Railway in 1852. Businessmen and wealthy people began to settle near the station, and built fine houses. The station was not called Westley Brook, which was the nearest settlement, but Acocks Green, perhaps recalling the significance of the turnpike stop, but referring to somewhere some distance away from the station itself. What the railway did was cause residential and other development like the churches to appear near to itself: the centre of activity began to move from the area around the Dolphin to Westley Brook. As time went on the name of Acocks Green began to applied to the current centre and the buildings which were joining the three hamlets into one suburb.


Shops and businesses sprang up along the Warwick Road and Yardley Road, but by the end of the First World War much of Acocks Green was still rural. That all changed with the construction of the municipal estates. An element of the City's redrawing of the landscape was far-sighted ring road and bypass planning. Olton Boulevard East was to become a bypass leading on to the Warwick Road at Greet, but that has never happened. One result of that is the situation we find ourselves in now, where vehicles that do not want to stop in Acocks Green are forced to negotiate the long section of the Warwick Road from Olton to Greet, causing pollution, noise and traffic jams.


The final piece in the transport jigsaw concerned public transport. The trams came to the centre of Acocks Green in 1922, initially to a terminus near the comer of Westley Road, but in 1932 a circular roundabout was built in the centre for the tram terminus. Public transport was a major consideration as former rural communities changed irrevocably with the arrival of many thousands of council tenants. After the trams left in 1937, the terminus looked very stark, and was planted up at the request of local people. It is this not very historic roundabout that has captured the imagination of the inhabitants as the focus and centre of Acocks Green. 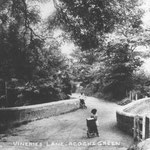 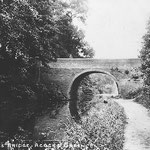 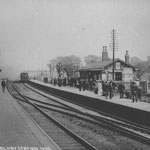 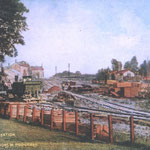 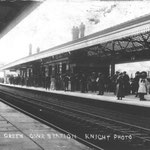 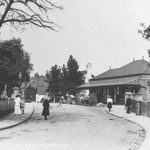 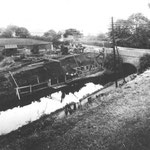 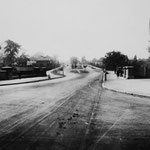 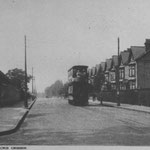 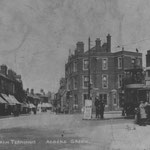 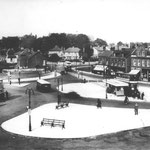 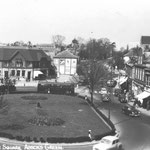 Acocks Green library has around 2,000 railway books, four railway models in glass cases, and a display about the listed canal bridge at the Vineries, thus explicitly reflecting the theme of transport as one of local importance.

For any enquiries:
Telephone: 0121 464 1738
E-mail them at acocks.green.library@birmingham.gov.uk
Write to: Acocks Green Library, Shirley Road, Acocks Green, Birmingham B27 7XH

In the Central Library the sister Railway Collection in Social Sciences,is one of the largest of its kind in the UK.

Timetables, including Bradshaws are available along with other national and local historical titles.

The collection contains over 20,000 photographs and postcards of locomotives and railway stations. Within the Wingate Bett Transport Ticket Collection, over one million tickets from all over the world are contained in 170 volumes. The Railway Collection also contains maps, architectural drawings, plans, correspondence and instruction manuals.

For any enquiries, write to:

A few images showing the scope of parts of the Library of Birmingham's collection are below.