Victoria Road was one of the earliest roads in Acocks Green to be developed, on one side at least. However, most of the Victorian houses on the northern side have now been replaced by flats. The 1875 Cook Estate map extract below shows the houses present at that time, and Hyron Hall Farm, which was listed on Victoria Road but was later swallowed up by municipal housing around Starcross Road. Hyron Hall Farm had a moat, later reduced to a pond. 1229 on the map below contained two houses for agricultural labourers. They were probably employed at Iron Hall, which had its own farmhouse at 1287. Curiously, in the 1841 census, the inhabitant of Iron Hall was described as an agricultural labourer. The cottages disappeared c. 1905.

Sixteen houses can be identified in an 1872 directory, and seven of the names also appear in an 1868 directory. Only two appear earlier, in 1858 and 1861, the Bowens. However, they may be elsewhere then. The majority of the houses would seem to date from the late 1860s, therefore.

The 1871 census of victoria Road shows Zaccheus Walker, retired iron merchant, at Iron (Hyron) Hall. At the time he was having Fox Hollies Hall rebuilt in an Italianate style. There are a number of other people of some status: John Sanders, a gas fittings manufacturer; Joseph Fordred, a draper master; John Fletcher, a jeweller; William Neale, a jeweller; Joseph Fry, a leather factor; Samuel Brame (?), a gold chain manufacturer; Robert Smith, an accountant; George Bowen, a manufacturer of silver and plated ware; Jonas Bowen, an electro plate master; and Joseph Dixon, a clerk at the Bank of England. George and Jonas Bowen appear in a directory of 1864, listed under Warwick Road, but this could mean they were in the first houses built on Victoria Road. These would be numbers 13 and 15. Henry Phillips at the Oaklands on the corner of Victoria and Shirley Roads is listed on both at different times: in 1864 at Warwick Road and 1868 at the Oaklands, so that house may also be of that age.

Number 1, Weddington Cottage, was a narrow building running behind the Spread Eagle inn. After the Warwick Road was widened this now fronted the road, and was converted into a row of shops. The bricked up former entrance on Victoria Road can be seen. Number 3 (Eagle House) has been altered, and has been a dental surgery since c. 1988. Number 5 (Camden House) occupied a wide plot, and was replaced by Everene House in 1964. Number 7 (Fairleigh) and number 9 (The Cedars) were replaced by Louise Court in 1966. Numbers 5 and 7 were lived in by the Gaskins, well-known jewellers.

Numbers 33-39 were not on the 1875 map. Numbers 33 and 35 (Highbury and Hurworth Villa, both listed in the 1888 directory but with Highbury as Tees Villa) were replaced by Paget Court around 1984. Number 37 (Sunnycote) was listed in the 1896 directory. For a while Sunnycote was a nursing home (from the 1940s until c. 1956), a training centre and marriage guidance service. It was bought by the R.C. Diocese. Number 39, Mynaco, on a narrow plot, was listed in the 1901 census. The entrance to Archbishop Ilsley Catholic secondary school (now called a Technology College) was made along the right-hand edge of the plot, making it even narrower. In the mid 1950s, faith education began to receive government money in "Special Agreement" schools. Building here started in 1955, and the school opened in 1957. It has been extended several times, and has a 17 metre swimming pool. Number 39 (Mynaco), 41 and 43 (Woodlea and Ingledene) were replaced by Jubilee Court in 2003. In 1997 there had been a planning application to replace them with a new Coptic Orthodox church with two towers. It was refused. Number 45 (Kingswood (Lodge)), a house with grounds stretching to Botteville Road, was replaced by numbers 45 to 49 around 1935. These are Dare's houses.

Hyron Hall Farm was replaced by municipal housing after 1928. Mr Crabbe built a short row of private houses opposite his home, and was thereby not obliged to look at council houses from his front windows. Locally there was a debate on whether Crabbe's houses were better than Dare's!

Number 27 was a doctor's surgery from 1959 until 1975. Doctor Basil Guy Dain had been on the Warwick Road until 1959, latterly single-handed, but was forced out by the Council, who wanted the land for road widening. In the end, a row of new shops soon occupied that stretch (number 1160). Mr Perkins, a local chemist, had lived in part of the house, while the right-hand side was a surgery and waiting room. So Dr. Dain took over number 27, which had been lived in by a former patient. The house was in poor condition.

Dr. Dain's father had fought for the interests of GPs at the inception of the NHS, and was knighted. His son would have preferred a different career, but ended up as a GP for 41 years. As a single-handed doctor he earned only a small income. At retirement his patient records were summarily removed. In those days there were no proper acknowledgments of service. His obituary appeared in the British Medical Journal in February 1977 on pages 390 and 391. (Thanks to Caroline Shufflebotham for this information). 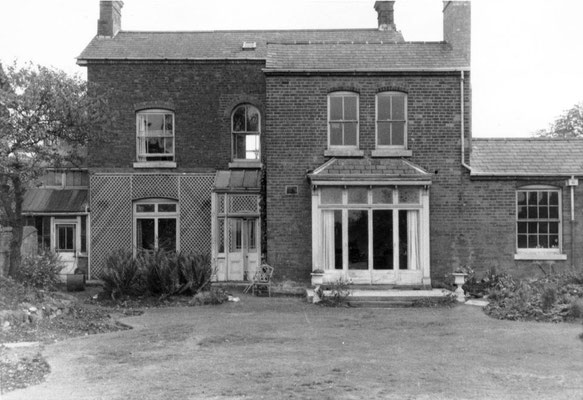 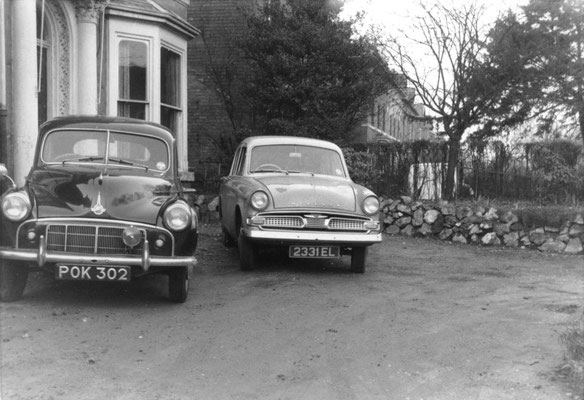 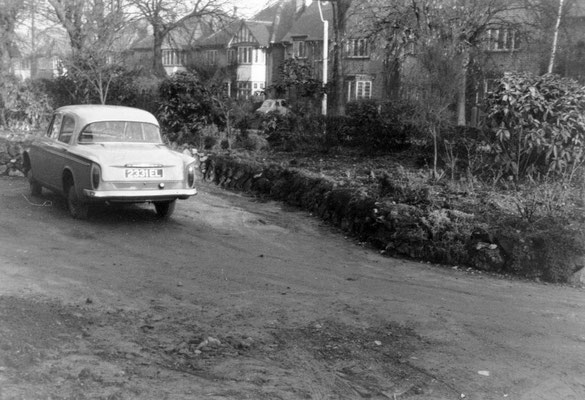 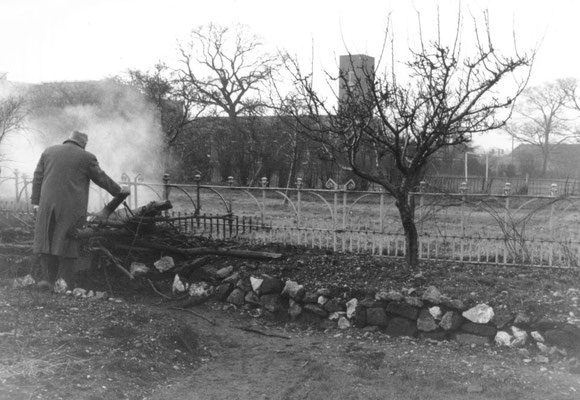 It is now possible to see the sequence of large-scale O.S. maps online at www.old-maps.co.uk. For this road enter the postcode B27 7XZ, and choose the 1:2,500 maps up until 1952-4 (there is no 1937 map at this scale). Use the plus and minus buttons to change how close up you wish to see the houses. The map can be dragged by using click and hold as normal.