Carnival goes back as far as 1973. The late Councillor Fred Grattidge, Malcolm Currie and Arthur Williams were prime movers in starting Carnival. In its first year, according to Malcolm Currie, a small procession lined up in Greenwood Avenue. Two years later there was an Acocks Green Festival and Carnival, which started with a Carnival Queen Dance on Saturday June 21st, where a Carnival Queen was chosen: her prizes were an airline ticket for a day in Jersey, a hairdo courtesy of Lesley's and a dress from Iris Boutique!

However the main week was from 4th to 12th July. On Friday 4th the Methodist church hosted a local history talk by John Morris Jones, and on Sunday 6th the Churchill Citizen's Club  organised a ramble and evening social. For the whole of the next week the library had a local history exhibition. Monday 7th saw local infant schools visiting Fox Hollies forum to see a presentation by the Trinity Arts Troupe, and the Forum also hosted a table tennis exhibition on the same day, where you could watch expert players and have a go. On Tuesday 8th Acocks Green Folk Dance Society arranged a folk dance on St Mary's lawns.

Wednesday 9th saw a schools bowling competition at the Warwick Bowl, and an open afternoon and sale at the Forum, and Holy Souls youth club organised a "watersplash", a playscheme on water. On Thursday 10th the Forum hosted an art and craft exhibition and sale, and a n evening concert with the Razzle Dazzle Gatemouth Spasm String Band, no less. If you didn't fancy that, you could go and look round the Churchill Citizen's Club. Friday 11th brought an Under Fives' event at the Forum, and Saturday 12th a Barbeque and Folk evening organised by the 260th Scouts at Summer Road, and a Festival recital at St Mary's church.

All this was additional to Carnival itself, which took place on Saturday 12th. This was on an entirely different scale to 1973. The procession went from Greenwood Avenue near Fox Hollies Road to Shirley Road, then along Dolphin Lane to the Warwick Road, then along to the centre, then up Westley Road to the Recreation Ground. They tied up the centre of Acocks Green for two hours. Over thirty groups took part in the Procession, which was led by the horses of the Police Mounted Division. The main arena had, among other things, the Police's West Midland Pipe Band, a gymkhana performed by the Headley Heath Riding Club, and a display of vintage motorcycles. There was a Lucas Netball knockout, a schools five-a-side and a schools Penalty Kick, for which a goalkeeper was brought in. There were also boxing displays. Acocks Green Library won 1st Prize for the best float.

This combined festival and carnival was so successful that 1976 brought the same kind of programme leading up to Carnival day itself. For example Monday 5th July saw a medieval concert and supper at St Mary's church. 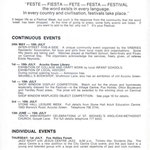 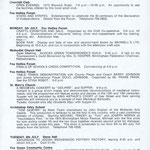 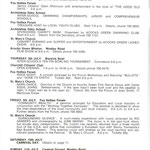 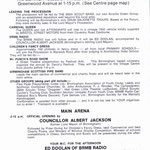 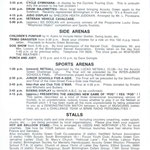 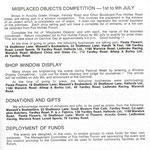 Bryan Blake has kindly sent us some images of one of the early Carnivals. He wrote:

"There are a number of the 260th Birmingham (1st Merlin) Scout Band as I am the Drum Major, I was at that time a Cub Scout Leader and Band Leader. 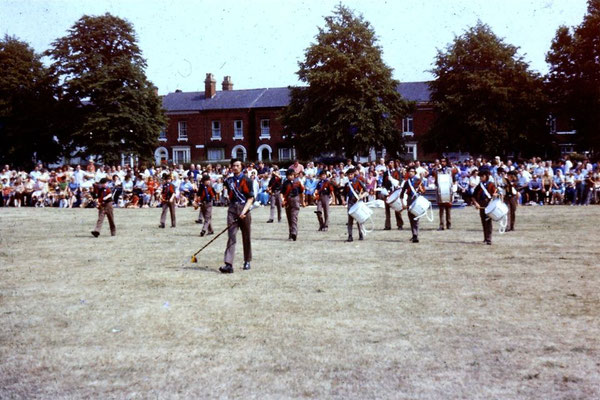 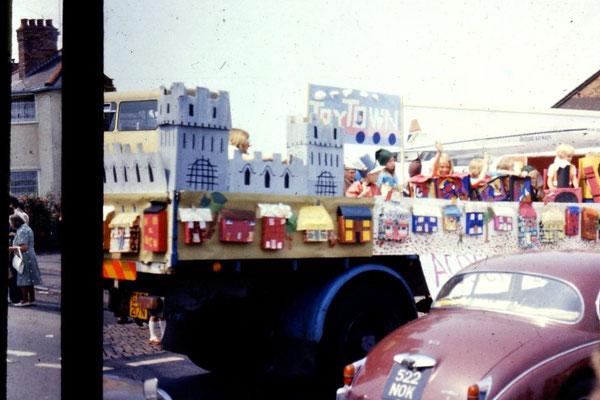 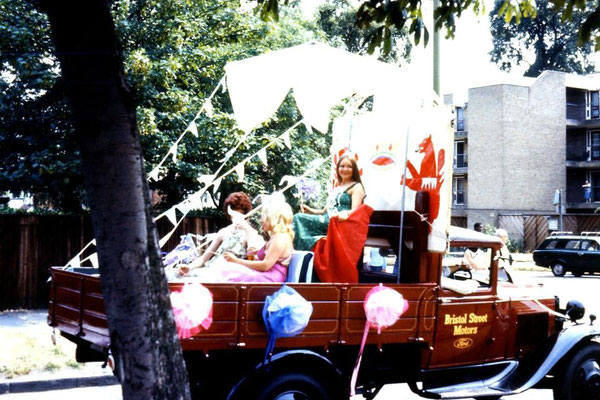 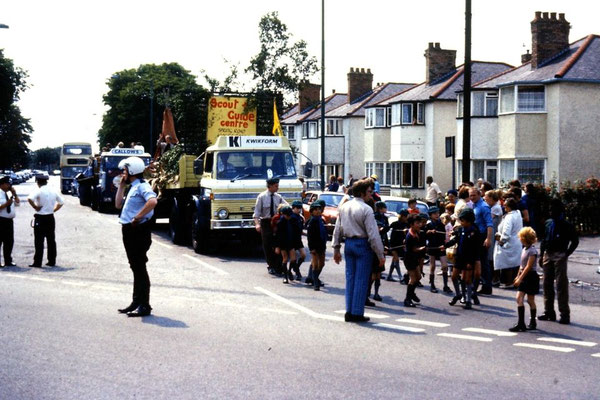 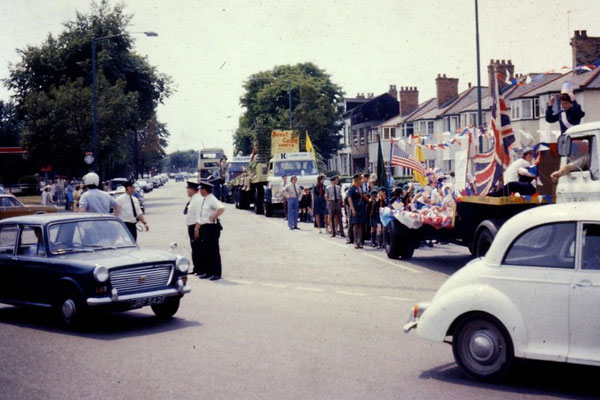 Carnival Committee helped towards the cost of landscaping the frontage of Acocks Green Library in 1981, and also provided benches there. They have made many grants to worthy causes over the years. Carnival has remained, but the longer Festival has not stood the test of time. In 1998, a booklet was produced to celebrate 25 years of Carnival. 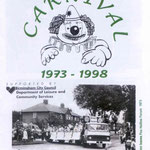 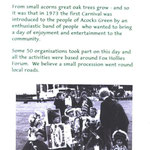 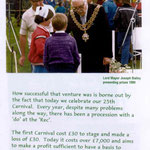 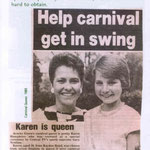 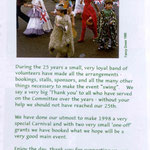 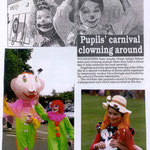 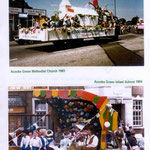 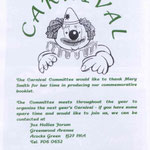 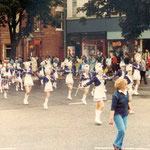 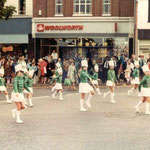 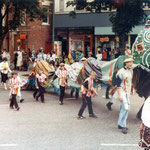 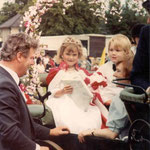 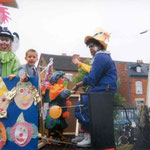 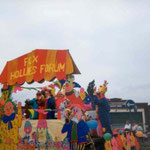 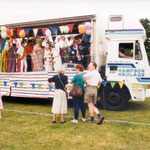 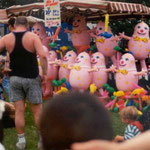 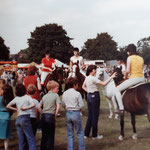 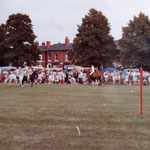 The origins of Fox Hollies

Fox Hollies since the war

The work of Dave Swingle

The work of Elsie Carter